Ireland could be in the front seat of the global move to electric cars, according to the boss of the Volkswagen brand in Ireland.

Gerrit Heimberg, brand director for Volkswagen in Ireland, predicts that in 2021 electric cars will make up over 20 per cent of new car sales in the Republic. “We believe there is a huge potential for electrification in Ireland, but we need to start together collectively as manufacturers and with our dealers and stakeholders to inform people of the great potential for electric driving,” says Heimberg.

It would be a second chance for Ireland, which sought to be a pioneer location for the advent of electric cars in the middle of the last decade. At the time, the Fianna Fáil/Green Party coalition was eager to get into the electric revolution early and signed support deals with several manufacturers, along with investing in a nascent recharging network. As an island, just 275km at its widest point, it was believed we offered an ideal test-bed for the new powertrains. Alas, the financial crisis derailed those plans. In the midst of an existential crisis for the nation’s economy, there was no time to consider the future of electric cars.

Now the economy has recovered, and car manufacturers are preparing to launch vastly expanded model ranges of electric cars, Heimberg reckons Ireland can once again make its pitch to be a European leader alongside Norway.

“From our point of view there are five barriers. The first is and was price; people were not thinking about total cost of ownership. The second is range. The third is the charging infrastructure and the fourth is a lack of information on the range of models that are on the market. And the last is a lack of understanding of what it’s like to own and run an electric car,” he says. 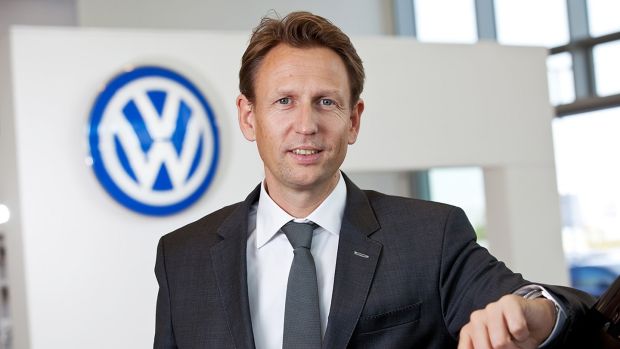 “We did a very interesting exercise, looking at Ireland and Norway in terms of the five barriers. We see that from all we collected there is huge potential for Ireland to become a strong electric market. Norway has an electric market penetration for new cars of 40 per cent. We are at 2.4 per cent now. There are huge opportunities for us. The infrastructure is something that Ireland needs to get better, but Ireland is in a fantastic situation in terms of so many people having their own driveway, so they can charge at home and get into the habit of plugging in just like they do with their phones.

“I think the things are in place today, but due to a lack of information and understanding they have not created a significant impact. In 2017 the changes in benefit-in-kind on electric cars were introduced. We did not see any significant uptake in electric car sales in 2018, but this year we’ve witnessed the spike in sales. The feedback we are getting from our dealers and fleet customers is that there are lots of enquiries and interest but very little knowledge amongst car buyers. We need to explain to people what the new products can do and what ownership is like.”

Heimberg’s interest in educating the motoring masses comes ahead of the company’s launch of its own fleet of electric cars, under the ID name. It starts with the ID.3 hatchback next year. This all-electric car is being billed as the most important car from the company since its launch of the Beetle or the Golf. It will be a cornerstone for its future sales for decades to come. It will offer a range of from either 330km or 420km and up to 600km depending on which battery you choose to fit to your car. It will be followed by a smaller ID.2 and ID.1 along with larger ID.4 and ID.9. Customer reservations for the ID.3 are due to start next month, for delivery in the first quarter of next year. Prices have yet to be announced.

By the beginning of next year all our dealers will have recharging stations, including a fast charger

His concern over information is shared with other companies. A spokesperson for a rival car company recently told The Irish Times of an online questions and answers session it ran in Germany with its engineering experts. They were expecting detailed questions on battery technology, but instead encountered queries such as “can I charge an electric car when it’s raining?” (The answer, incidentally, is yes.)

In terms of infrastructure, Heimberg says Volkswagen is going to do its bit. “We are also expanding our recharging points at dealers and by the beginning of next year all dealers will have recharging stations, including a fast charger at each location. We have also come together with other manufacturers to create a fast charging network called Ionity and it will have six stations opening this year in Ireland on the main motorway network.”

As for price, he accepts there are far greater risks of redundancy of the technology than there have been with traditional cars. As the battery technology improves, the earlier versions of electric cars will seem outdated very quickly. That will impact on resale values. However, Heimberg says there is a way to avoid the risk: Personal Contract Plans (PCPs). This way the risk of lower residuals is taken by the car company, as the customer effectively leases the car.

He accepts as well that electric will not be for everyone. “We are currently at the tipping-off point. Our consumers should have the choice. I would not like to force people into an electric car – we still have the long-mileage drivers and they still need a diesel, so we still see a future for combustion engine cars for the next 20 to 30 years. Our role as manufacturers and dealers is to explain to people who would suit an electric car, explain cost of ownership, explain why a range of even 230km is quite good for normal daily life.”

Stay up to date on the latest product releases, special offers & news by signing up for our newsletter.